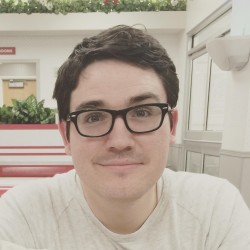 Interviews for the Book

I made a few icons inspired by the movie Oblivion. They are free through Gumroad: Download.Read more

I'm writing a book that teaches Swift to beginners. Unlike my previous attempts to write aRead more

There were a lot of reveals in this years WWDC keynote. It was crazy. They justRead more

I wrote the following about a year ago: march 23rd 2013, time savings. So you knowRead more

It has been some time since the new year started. I wrote down a short listRead more

What is a programmer?

I'm a programmer. So what do I do all day? work out problems? Math? Something elseRead more

The most precious resource we have is our time. It's limited, in short supply, and weRead more

Sit at a typewriter and Bleed

Recently I wrote about writing two books. I must say that writing is hard. Merely puttingRead more

I've decided to write a beginner's Book to themeing with Ghost. It will be a littleRead more

So I've moved my blog again. This time to Ghost. It's the Programmers Cliché to continuallyRead more

I'm Still in Love with the Web

Even with the swift change of focus towards mobile apps and experiences, I'm still in loveRead more

Today I was asked to "white board" fizz buzz while in an interview. FizzRead more

So I lost my job a week before Christmas. Well, actually I was fired hardcore. IRead more

Good documentation absolutely matters. It's the difference between code being useful or an obstacle. The wholeRead more

I experienced some rather unfortunate consequences by keeping my git repository in my dropbox. I workRead more

This is my very first post with textpress. I must say, It's a very impressive littleRead more